An Interview With Mohamed Harkat (July 2004)

Lisa Lisle has been following Mohamed's story from Day One. Read her interview with Mohamed Harkat, originally published in the Ottawa Sun and reprint... HERE


Wife's lonely vigil is her obsession

Passing through the gates at the Ottawa-Carleton Detention Centre for one of her cherished 20-minute visits with her husband, Sophie Harkat thinks about his 36th birthday next week. But instead of making plans for a party or a simple family gathering, Sophie Harkat sees it as yet another special occasion stolen from them by the Canadian government, which has accused her husband of having ties to terrorism. "I thought my second wedding anniversary was bad," she said of the month following Mohamed's arrest. "It's sad to say, but you kind of get used to it." And as time drags on, Sophie is left wondering when they'll be able to celebrate again. Next Friday, Mohamed's birthday will be like every other twice-weekly visit -- 20 minutes and no gifts from home. "As soon as it's finished, that's it," she said of the strict visitation rules. But the one-time government worker's life has changed in so many other ways since her husband's arrest.


In troubled homeland, 'it's over' for Harkat

Mohamed Harkat says deportation to Algeria would be a death sentence. "If they send me back to Algeria, it's really a dangerous situation," he told the Sun. "In Algeria, it's over."

After making his way to Canada with dreams of a better life, Harkat was arrested in 2002 under a rarely used section of the Immigration and Refugee Protection Act -- the first step in the deportation process.

Now, the 35-year-old is afraid that he'll be forced to return to Algeria, a country that has a long history of violence. Where, over the years, thousands of civilians have been forced to flee their homes.

INMATES at the Ottawa-Carleton Detention Centre were being searched one-by-one yesterday during an internal investigation which has had the facility in lockdown since Thursday. The lockdown started at about 6 p.m. after a specific incident with one inmate, said Ministry of Public Safety and Security spokesman Bruce O'Neill.


Thank you to YayaCanada (Corinne) for attending the recent protest on Parliament Hill and reporting about it on her Web site. 'Photos too! posted on May 31, 2004 | in Category Security Certificates | PermaLink


From: TASC <[email]> Subject: Amnesty Challenges Canada's Secret Trials, Plus Updates Date: Wed, 26 May 2004 An Update from the Campaign to Stop Secret Trials in Canada... 1. Amnesty International Critical of Canada's Secret Trials 2. Mahjoub Back in Court May 31-June 4 in Attempt to Get Bail After 4 years in Jail Without Charge 3. Election Called in the Land of Secret Trials 4. Charkaoui Family and Friends Mark One Year of Illegal Detention

posted on May 25, 2004 | in Category Security Certificates | PermaLink

Your government has consistently refused to seriously address the concerns of Canadians over your use of "security certificates" that deny individuals the right to a fair and transparent trial.

Amnesty International has expressed concern that the "security certificate process may very well result in arbitrary detention and thus violate the fundamental right to liberty," putting Canada on the wrong side of articles 9 and 14 of the International Covenant on Civil and Political Rights. Read more HERE. Thank you, Bruce, for your dedication and hard work. The struggle continues...

In the Name of God, the Compassionate, the Merciful


Muslims given handbook on dealing with CSIS


An Islamic group is distributing a pocket guide to Canadian Muslims advising them what to do if CSIS or the RCMP tries to interrogate them about terrorism.

Almost 30,000 copies of the Know Your Rights guide are already in circulation across the country and demand is growing among Muslims left shaken by sensational headlines following recent anti-terrorism raids. 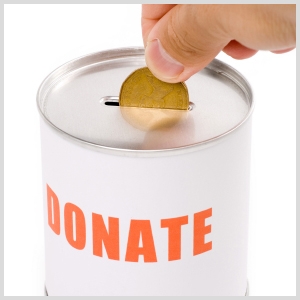 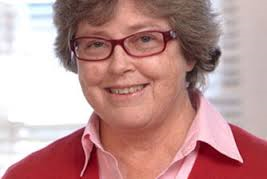